It’s not been that long since I posted but I’ve had content show up in a bunch of other places so I thought it would be good to do a quick “What I’ve Been Up To” post and include some links out to where I’ve shown up lately.

In no particular order:

1) My talk from ReInvent Law back in February, titled “We Need More Legal Hackers Now” is live on the ReInvent Law channel. I was also able to procure from the fabulous Margaret Hagan the sketches she did of me and my talk. I’ve included those here, with her permission. 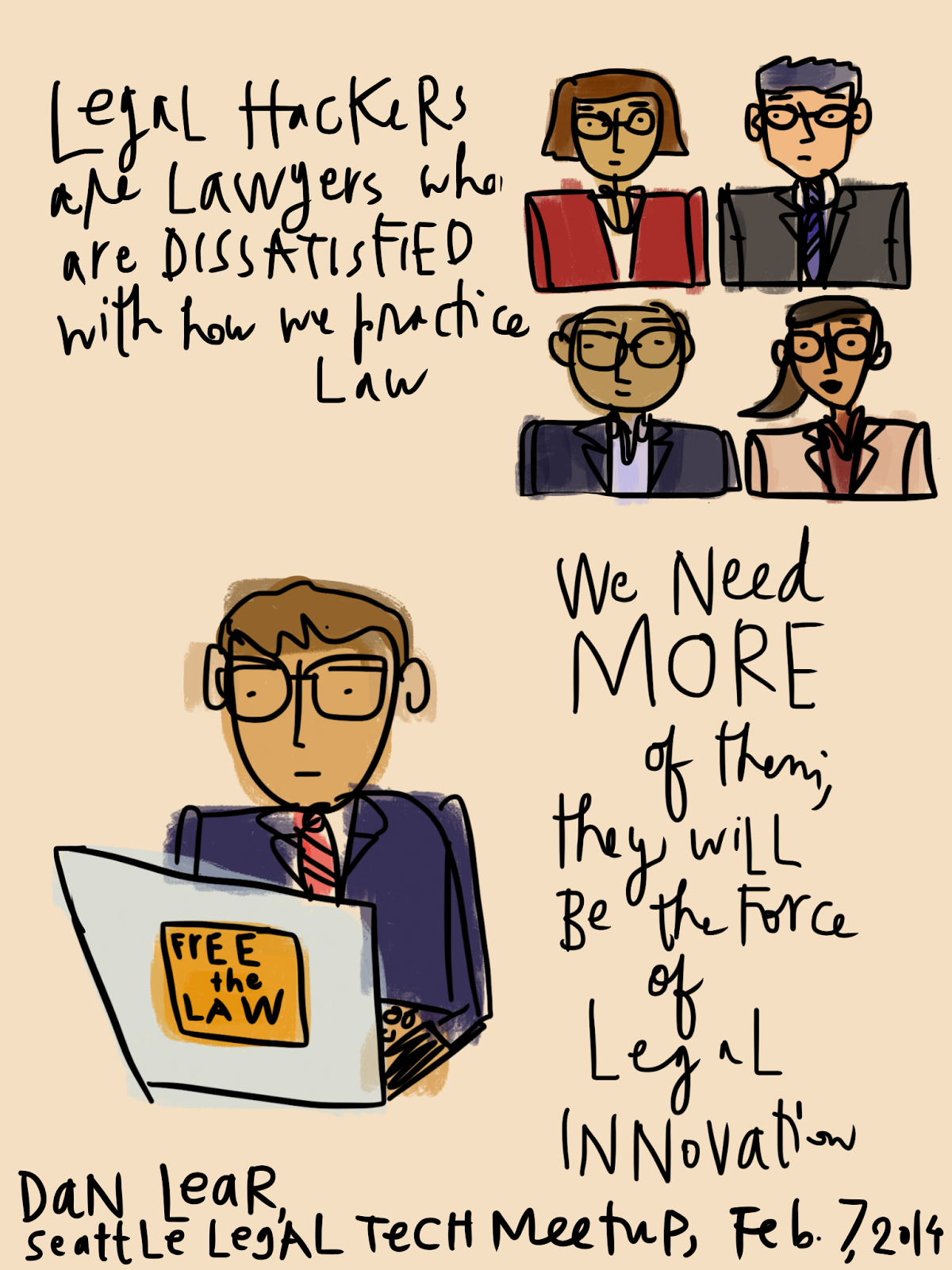 2) My review of the Silicon Valley Lex Redux event was published in Above the Law. It was called “If Software is Eating the World, Is Law Next?” Big thanks to the folks at ATL!

3) I also had a piece on entrepreneurial lawyering published on Solo Practice University. Big thanks to Susan and the team there.

4) The good folks at the Washington State Bar Association included a piece I wrote about legal technology companies in the most recent issue of their magazine, NorthWest Lawyer.

5) Back in May a piece I wrote about the burgeoning AltLegal career movement was published by the ABA Law Practice Division in their monthly webzine. The piece was titled: “The Changing Legal Industry and the Birth of AltLegal.”

6) Also, for those of you keeping track of my Ms. JD project, “Dispatches from the Y Chromosome” I’m up to six now (including a post about my mom – Love you, mom!) and they can all be found here.

Finally, I started a new job last Monday. So . . . that’s been awesome but busy.

Thanks everybody! Hit me up any time on Twitter or whenever I’m traveling around (which I’ll be doing more with the new gig).