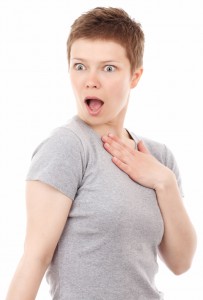 nic Discovery, or e-discovery, is one of the oldest and possibly most mature of technologies in the legal technology landscape – and it’s primed to be the next big thing.  Thanks to evolving technology and recent financing activity in the sector, new and exciting advancements are on the horizon.

The rough definition of e-discovery (and by “rough” I mean a definition that I loosely adapted from Wikipedia) is “discovery which deals with the exchange of information in electronic format.” The notion of electronic discovery entered the legal lexicon more than forty years ago, in 1970, when the Federal Rules of Civil Procedure were amended to clarify that the definition of “document” included data compilations that could be embedded in a document itself.[1] E-discovery rules and technologies have evolved as the use of technology in the office has both proliferated and expanded.

E-discovery doesn’t get much respect among those on the cutting edge in legal. The first strike against is that it’s far from new. The second is that, at least from the outside, e-discovery uses simple technologies: it’s a set of tools for collecting and sorting electronic data. It’s an extension of traditional discovery, only for documents in electronic form. Finally, e-discovery suffers from a branding problem. Discovery is a pretty boring part of litigation. It’s hardly the reason that young people go to law school, let alone a practice area of choice for law students or young lawyers. The name “E-Discovery” takes the name of the already boring discovery process and slaps an “e” on the front of it. Not a great way to get people excited.

Yet the e-discovery business is one of the largest economic players within the greater legal technology sector. Further, while discovery may be a boring part of legal practice and legal technology, it’s widely applicable. Finally, e-discovery may seem technologically boring at first glance, its ubiquity, scale, and what it’s actually doing holds some of the more interesting possibilities for legal innovation.

A Springboard to Cool Status

The middle-age status of the e-discovery sector is part of what makes it so uncool, but it’s also what makes it so promising. The value of e-discovery has been proven by its longevity, and the need for discovery in litigation is not going anywhere. In corporate settings, the amount of data being generated — everything from email to documents to spreadsheets to internal communications through platforms like Slack — is only increasing. The same is happening on the consumer front with social media; document, content and image creation; and the sharing thereof. The need for e-discovery for large-scale litigation is well-established, and will only increase for consumer legal situations.

There is no question that the e-discovery market is big but e-discovery has also been the source of some interesting small scale investments lately. Logikcull – a cloud e-discovery company – announced their four million dollar seed round from well-known venture capitalists Storm Ventures, in March of last year. And just in January, Everlaw, also a SAAS e-discovery platform, announced an eight million dollar Series A round from vaunted VC firm Andreessen Horowitz. Everlaw also added Steven Sinofsky, a well-known former Microsoft executive, to its board of directors.

While these two rounds of fundraising are not the largest in legal technology in the last few years, it is significant that notable venture capitalists are getting behind these companies – especially Andreessen Horowitz, whose General Partner Marc Andreessen is famous for declaring that software disruption is coming to every industry.

So, what are e-discovery software companies actually doing? At the core of e-discovery technology is a process called “technology assisted review” or TAR. TAR is also known as predictive coding. TAR has evolved over time, but the premise is that using a subset of documents (known as the training set), a computer can be “taught” to identify documents that are relevant to a given inquiry in the much larger set of documents. It’s clear that there’s much more than document sorting going on. In fact, “machine learning” is another term for a type of artificial intelligence or “AI” that is used in the predictive coding process.[2]

There’s been a lot of talk about how AI can be applied to law lately. Much of it may be hype but even the skeptics admit that in the long run the promise of AI in the law is significant. And this is the final reason that e-discovery is so compelling to the future of law. While there are a lot of promising technologies using AI in the law[3] only predictive coding is is doing so at a scale of multiple billions of dollars annually through e-discovery. While the fact that e-discovery is “old” means that the companies and people engaged in it are more likely to suffer from incumbents’ malaise, it’s also possible that all those resources lead to one or a few figuring out a radical new way to apply e-discovery technology within e-discovery, or to adapt e-discovery technology to areas of the law or legal practice yet untouched by technology.

It’s tempting to bet on something big or ethereal for the next big thing in legal technology: robot lawyers, big data eats #biglaw M & A, the blockchain, or computable contracts. And it’s possible that any one of those could be a huge breakthrough. But, as legal technology takes shape in the coming years it’s also safe to bet on innovative technologies with broad applicability, heavy adoption, and solid funding.

Want more insights like this on a weekly basis? Sign up to get these posts (and other community and insider opportunities) delivered right to your inbox.

[2] For a great discussion of how different artificial intelligence technologies like predictive coding apply to law, see Noah Waisberg’s great blog post “One Ring to Rule Them All? Will IBM’s Watson Transform Contract Review and Law Practice?”